“It cannot be coincidental that her name is an echo of that magical, feminine healer of Camelot.” 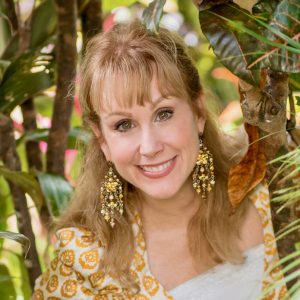 MORGANA RAE is the international #1 best selling author “Financial Alchemy®: 12 Months of Magic & Manifestation,” and a pioneer in personal development for over 27 years. She’s widely regarded to be the world’s leading authority on transforming relationship with money.

Morgana guides entrepreneurs, artists, healers and humanitarians to thrive in their purpose, attract more than they chase, and make things happen with ease, flow and synchronicity.

Morgana’s groundbreaking program for creating wealth has featured her on all the major television networks, United Press International, Coast to Coast Radio, Yahoo Finance, and The Wall Street Journal, and hundreds more.  She was named a Top Woman in E-commerce by WE Magazine.

As a thought leader on the topics of Wealth and Relationship, she’s been a featured expert on stages with Deepak Chopra, Arianna Huffington, Bob Proctor, and many others.

Morgana’s Financial Alchemy® books, recordings, magazine articles, and classes have impacted the lives of hundreds of thousands of people worldwide. Morgana writes, speaks, and coaches from a desire to empower world-changing leaders to heal the rift between heart, spirit, and money… to save the world as only they can.

* Read some of Morgana’s client stories, in their own words, at www.alchemysuccess.com.

Now for the FUN STUFF:

Morgana’s mother named her after King Arthur’s sister, Morgana Le Fey. Morgana Le Fey (Morgana the Faerie) was a priestess with magical healing powers. She resided on the mythical Isle of Avalon, where she cared for Arthur at the end of his life.

Morgana’s grandmother co-created the original Renaissance Faire in California.
Morgana was a professional ballet dancer in Los Angeles and Boston to get over childhood obesity.

She graduated high school as a National Merit Scholar despite being homeless her last semester of high school, and despite suffering a terrible car accident that had put her into a week-long coma in the eleventh grade.

She then graduated from Smith College with a B.A. in Religion. Morgana continues her studies of world religion and mythology. Studying different spiritual traditions helps her keep a broader perspective on life.