International #1 best selling author, alchemist, Money Goddess and provocatrix, Morgana Rae is widely regarded to be the world's leading Relationship with Money Mentor. A sought after teacher, speaker and pioneer in personal development, she is widely regarded to be the world’s leading Relationship with Money coach. Morgana’s groundbreaking program for creating wealth has featured her on ABC, NBC, FOX, PBS, NPR, CNN, United Press International, Yahoo Finance and The Wall Street Journal online. She wrote the “Life Magic” column for a national women’s magazine, and was named a Top Woman In E-commerce by WE Magazine. Morgana’s been a featured expert alongside Deepak Chopra, Marcia Weider, Christopher Howard, Bob Doyle, Loral Langemeier, Joe Vitale, John Assaraf, and many others.

So this happened: My new book is ranked a best seller in 7 countries: Australia, USA, United Kingdom, Canada, Germany, Netherlands, and Spain! Needless to say, I am thrilled. As you can imagine, I’m feeling very grateful right now, and I wanted to express my gratitude by extending the bonus gift offer through the end of January. ** Flash! Bonus Gift Offer Extended *** That means if you didn’t get a chance to buy the book yesterday, you still have another week to order your copy and get all those dozens of bonus gifts from my close friends and colleagues. … Continue reading » 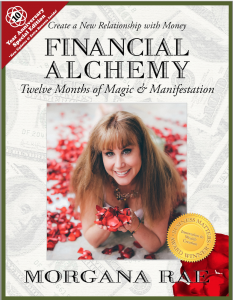 In anticipation of my 10-Year Anniversary Special Edition of (updated) “Financial Alchemy” book launch on January 23, I’ve been holding a Virtual Book Tour all month! Here have been some of my best bonus interviews along the way: Continue reading » 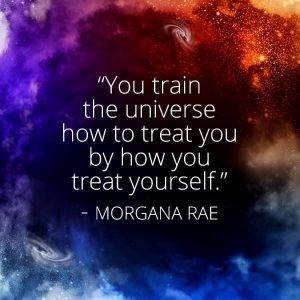 Super Rapid Life Changing Trick: You train the universe how to treat you by how you treat yourself. The more you value yourself, the more you bloom, and the better the world responds. Take a look at where you settle for less than you want, especially in relationships. Every time you settle you’re sending a message “this is what I deserve.” What do you need to say no to in order to say yes to yourself? (This is a question I ask my clients ALL the time.) Pick ONE thing. It could be: with friends with family with work with … Continue reading » 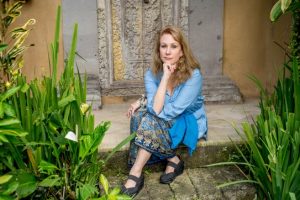 Yesterday I took a walk with my daughter on the peak of Signal Hill, where we had a panoramic view of the mountains to one side and the Pacific ocean on the other. My daughter and I were talking about fear: how do we know the difference between the fear you want to stop you (the “don’t climb into that alligator tank” fear) and the fear you want to feel and move forward anyway, cause it’s the excitement of growing bigger and stepping into your dream. There’s also a third option, a middle ground that allows you to say, “I … Continue reading » 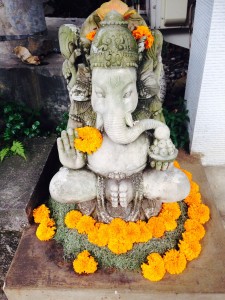 My One-Step Super Trick for the New Year As we wrap up one year and prepare for the next, like the Greek God Janus with the two heads (related to the prosperity Elephant-headed god Ganesh), we’re looking backwards and forwards simultaneously. I really like to take a moment to draw out the themes and positive lessons of a year. Even from the worst stuff we can find some positive learnings to empower us moving forward. One trick I learned early on was to give the ending year a HEADLINE that sums up the year in a powerful way. My headline … Continue reading » 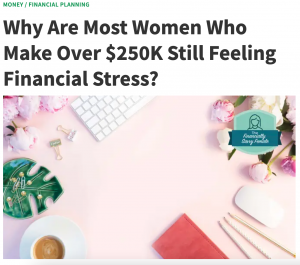 Cool! I was quoted in this article on high-earning women and financial anxiety. Feeling stressed out about money is almost universal among women today. A recent Ellevest survey found that money is women’s No. 1 source of stress and that more than half (59%) of women worry about money at least once a week. The survey also found that a higher salary does not equate to less financial stress. The majority (75%) of women making more than $250,000 in annual income said that they do not feel in control of their money. So, why are even wealthy women feeling financial … Continue reading » 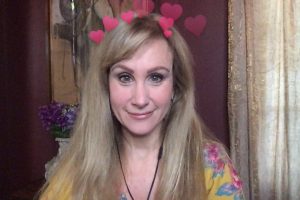 When you’re doing everything in your power to get a result, and it’s not happening, you are protecting yourself from what you want. It’s not an accident.

Today I thought I’d share my own personal story, to illustrate how to rapidly and permanently change your Relationship with Money from Monster to Honey. I was always told, “Go to school, get good grades, do good work and you’ll make money.” Ha! Lies! They have little to do with each other.

Let’s start with my “tale of woe,” and I’ll guide you through my process of transformation.
Continue reading »