Today is my father’s birthday. It’s his first birthday without a body. 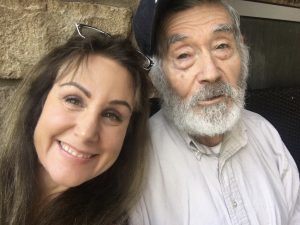 I received the news of my father’s death 9 weeks ago via text message first thing upon waking up in Bali, on the third day of my 6-day Money Goddess Retreat.

I was so afraid he’d pass during my retreat, but I found his death lifted a huge weight of waiting. I was grateful he was no longer trapped in a body that didn’t serve him. I felt like he was there with me, giving me energy and inspiration to serve the women at my retreat at another level.

Interesting lesson on fear, isn’t it? Sometimes what we fear most turns out to be a gift.

After I returned home from Bali, June was all about planning and delivering memorials on both coasts (something I’d never done before), and fulfilling his final wishes.

I received more support and help than I ever imagined. Devin and I took Dad’s ashes with us from Los Angeles to New York, where Dad had been asking to return for the last two years of his life. I even took Dad to a Broadway show: the big Tony-winner “Hadestown.” A musical celebrating love after death seemed perfect. We even visited John Lennon’s Strawberry Fields in Central Park (directly across the street from where we staying). More celebration of love after death.

And I did successfully fulfill his final wishes. It’s a big deal to do that for a parent.

When July came around I decided it was time to focus on life again. So I launched my first-ever, invitation-only Rich Witch Retreat, to be held at my home in Long Beach in September.And then I bought plane tickets to Paris. Devin and I will be traveling around Europe to get married 9 more times in 9 more countries.

If you’re in the area or have some great suggestions on what we should do and see, please shoot me a note!

Just in case you don’t know the back story:

Devin proposed to me over Skype while I was leading my Money Goddess Retreat in Bali 2014, and he was in South Africa as a travel journalist.

Less than two weeks after we eloped, he suggested we get married 100 times in 100 countries. So far we’ve married each other 21 times in 15 countries.

We haven’t set a time frame. We just carve out time to celebrate love, choose each other, and make friends in other cultures… because these are our values.

But we really slacked off on weddings over the last 3 years while my father took ill.

Here’s the thing about grief: it’s actually GROWING now that the shock and the pressure (of fulfilling his wishes) has passed. It really hurts and I’ve had some rough days.

Which is why I turn to Life and Love-affirming activities. I’m creating lots of space these days to take yoga, practice West Coast Swing (Devin and I are rehearsing for a Flash Mob in early September) and simply grieve.

In business I’m focused on working deeply and intimately with just a few clients. Because that feels energetically aligned with who I am today.

If you are grieving–the end of a relationship, or job, or home or dream–I send you love.

Grief is an expression of love, so invite it in as a sacred guest.

Give yourself space. Seek out support. And as soon as you’re ready, give energy to what enhances your life.

We have such limited time. As my grandmother said, shortly before she died two years ago, “Life is about having experiences. Have LOTS of experiences!” 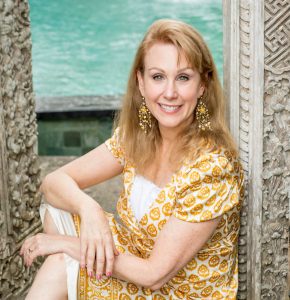