Devin and I have returned home after our “30 Days Of Love” tour through France, Belgium, Spain and Portugal, 4 weddings richer than when we departed. 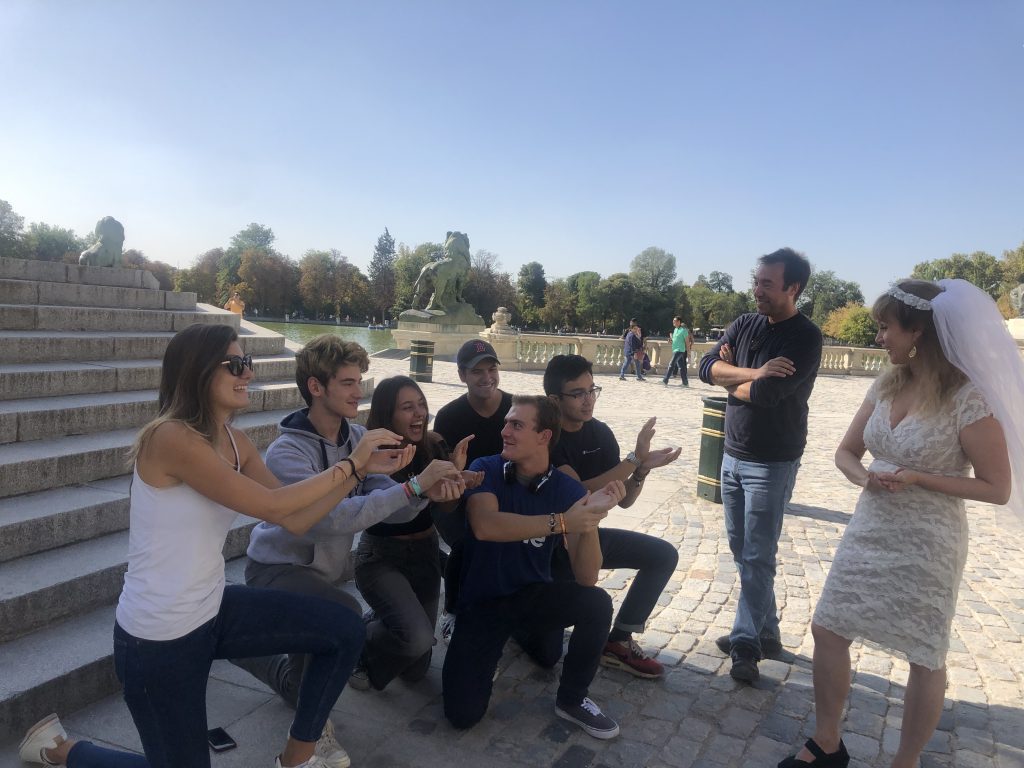 (Here’s a first: immediately after our wedding in Madrid, I received 6 more wedding proposals!)

I documented every day of our trip with videos and photos, and posted them to the “In The Know Bride” site my husband created after asking me to marry him 100 time in 100 countries.

One of the delightful things that made this trip different from any other is Devin and I knew and met up with friends in every country. Even people I only knew from online–subscribers to my newsletter and online programs–felt like old friends when we met in person. And Devin has high school friends living in Paris and Belgium.

This really changed the trip. I saw the inside of homes more than I saw museums. We toured people’s lives. It felt really intimate. We learned so much more about countries as homes vs tourist attractions.

Now that we’re back, here are a few thoughts and highlights of the trip:

I was thrilled to try making French noises again after almost 30 years since I studied French in high school. The French people I encountered were SO KIND in response to my pathetic language skills.

I’m still preening a week after a French waiter complimented my request for a cappuccino.

I’m tempted to move to France just to learn how to speak. And as much as I fantasized about living in Paris (and checked prices), I think I’d be happier in the South, where it’s quieter and sunnier.

I fell in love with Spain. I’d really never seen it before. (Last time I was in Spain was for the 1992 Olympics, and really all I saw was the 1992 Olympics.) I’ll be dreaming about Iberian acorn-fed ham for years to come. And I’m not usually a ham-eater. And the codfish. And tapas. And of course the Tango and Flamenco dancing in the streets of Seville.

Barcelona, Madrid, and Seville stole my heart. I really wasn’t prepared for the beauty. I hated to leave each city.

Even our one day in Cadiz, visiting my husband’s dead dad, had me wondering if Cadiz might not be a wonderful place to retire. The light there carried me away. The prices are so astoundingly low for a gorgeous beach town. But oh, the lack of a good internet connection. Ouch!

Cadiz was really special. Devin connected with his dead father, and then a series of very sweet, weird, dad-related synchronicities followed. (For more about what Devin’s dead dad was doing in Cadiz, take a look at the premise of Devin’s best-selling memoir “10,000 Miles With My Dead Father’s Ashes.” 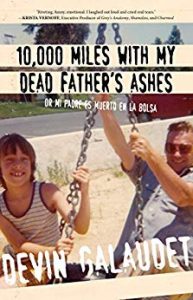 Neither Devin nor I had been to Portugal.

What a surprise that country was! How had I never paid attention to this country before? It’s such a richly spiritual and multi-cultural location with Celtic/Roman/African/Germanic/Jewish/Arabic/Spanish/Knights Templar roots.

We encountered the most impressive spiritual and occultic used book stores I’ve ever seen, clustered around our centrally located airbnb apartment that had the best view in the city. Most of the books were in Portugese, obviously. So tantalizing but unreadable to us. But we did snag (I forced Devin to buy) a 100 year old first edition book by the mystic Swedenborg for approximately 20 U.S. dollars. Score!

And we discovered Portugal’s favorite poet, Fermando Pessoa. Pessoa is unique in that he wrote under at least a hundred alternate personalities who each had his own name, birthplace, language, childhood history, and astrological profile. They had different points of views, different agendas, and some would even be fighting with others. (One of his heteronyms successfully broke up Pessoa’s only romantic relationship.) Only 72 of these personalities–he called them “heteronyms”–were published. Almost all after his death. He was a BRILLIANT writer. One of the best in the world. Both poetry and prose. He was also a profound philosopher and mystic who forged a strange friendship with Golden Dawn occult leader Aleister Crowley, helping Crowley fake his death after Crowley’s girlfriend broke up with him… Discovered after death, much like France’s Vincent Van Gogh, Pessoa is now a cultural icon with pop art pictures of him dotting the country much like Frida Kahlo portraits are ubiquitous across Mexico and beyond.

The food and architecture and culture in Portugal is wonderful. Organic markets are everywhere in the big cities. Almost everyone speaks English. No wonder so many Americans are moving there.

Speaking of Americans moving to Portugal, my girlfriend Marcia Weider (founder of Dream University) officiated our 25th Wedding in what was, I believe, our most spiritual/mystical/coachy ceremony to date.

Obviously I could say soooo much more about the trip, love, marriage, weddings, culture, food, etc…