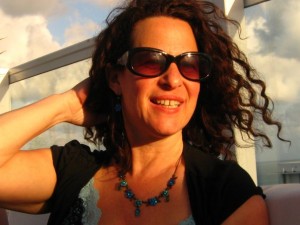 “It seems everyone would like to know how I could hire Morgana when I was broke and in debt. How did I pay her? I must say, it’s a good question. However…it’s the wrong question. Let me explain.

As you read Morgana’s account of my story, you probably felt the angst of my situation. Alcoholic husband, getting divorced, young kids at home, deeply in debt…How could I possibly hire a coach under those circumstances?

If you have an unhealthy relationship with money, you are going to think that money is keeping you from hiring Morgana, or any other number of things. Your problems with money got you into debt and now money issues keep you in debt. You are stuck. You are helpless. In a cycle with no way out!

There is no reasoning with money, especially if you’ve gotten to that point of desperation, with debt, the recession, perhaps unemployment, etc.

I had all of those thoughts. So, for me, as you can imagine, the idea of hiring Morgana was not the logical choice. Far from it.

In fact, I didn’t use my logic when I hired Morgana. I used my Money.

Before I hired Morgana as a coach I did a few things:

1. I read most of her blog archives and, in particular, the post about The Secret to Financial Alchemy. It’s also in her workbook and it takes you step by step through the Financial Alchemy process. I took the time and went through all the steps on my own. I got my Money Honey.

2. I got onto her free teleclasses and listened to her radio broadcasts.

4. I listened to my Money Honey and promised to do whatever he told me he wanted me to do. I had learned from Morgana that I needed to make my Money happy and he would give me the world in return. I wanted to live my purpose and be well-used in service and my Money Honey was the way to do that. So, no matter what my Money told me to do, even if my logical mind didn’t understand or believe, I made a promise to listen and act on it. I figured I had to do something different, as my old methods had landed me broke, divorced and victimized. My Money helped me to feel purposeful, hopeful and useful.

You know the rest of the story.”

You can read about Athena’s first big miracle HERE.For those of you who don’t know Athena’s “After” story, first Athena’s mortgage company called her and renegotiated her debt, paid off her credit cards, and reduced her payments.

But that was just the beginning!!!!

Within a few months Athena was making tens of thousands of dollars monthly and taking ‘Moneymoons’ in Miami with her (imaginary) Money Honey. In the years since–closely following instructions from her Money Honey–Athena has been creating and performing spiritual music. Check it out HERE.

Copyright 2011 Morgana Rae… OBVIOUSLY.
Wanna reprint it for your blog or e-zine? Cool! Just post a “written by Morgana Rae” credit, and tell your readers to get my FREE Money Magnet Video Gift at www.morganarae.com. Thanks!